MFW Refurbishments were contracted to carry out a complete kitchen renovation for a home in Catford, South East London. The renovation took place over several stages, starting with disconnecting all of the existing appliances, as well as all supply and waste pipes.

After isolating all old electrics, we then had to rip out the old kitchen, remove a wall and strip everything back. The gas meter was then relocated and new wiring installed for sockets, lights and appliances. We then made alterations to the central heating pipes and installed new hot and cold supply pipes.

The next step was to batten out the ceiling and start plaster boarding. Once this was finished, we then carried out the plastering itself and left the room to dry for a week.

After preparing the kitchen floor for tiling, we then completed the floor tiling and grouting and went on to install the kitchen. This included new stone kitchen worktops, full redecoration of all areas, installing worktops, installation of all of the kitchen appliances and finally tiling splash backs, before handing over to the happy customer. 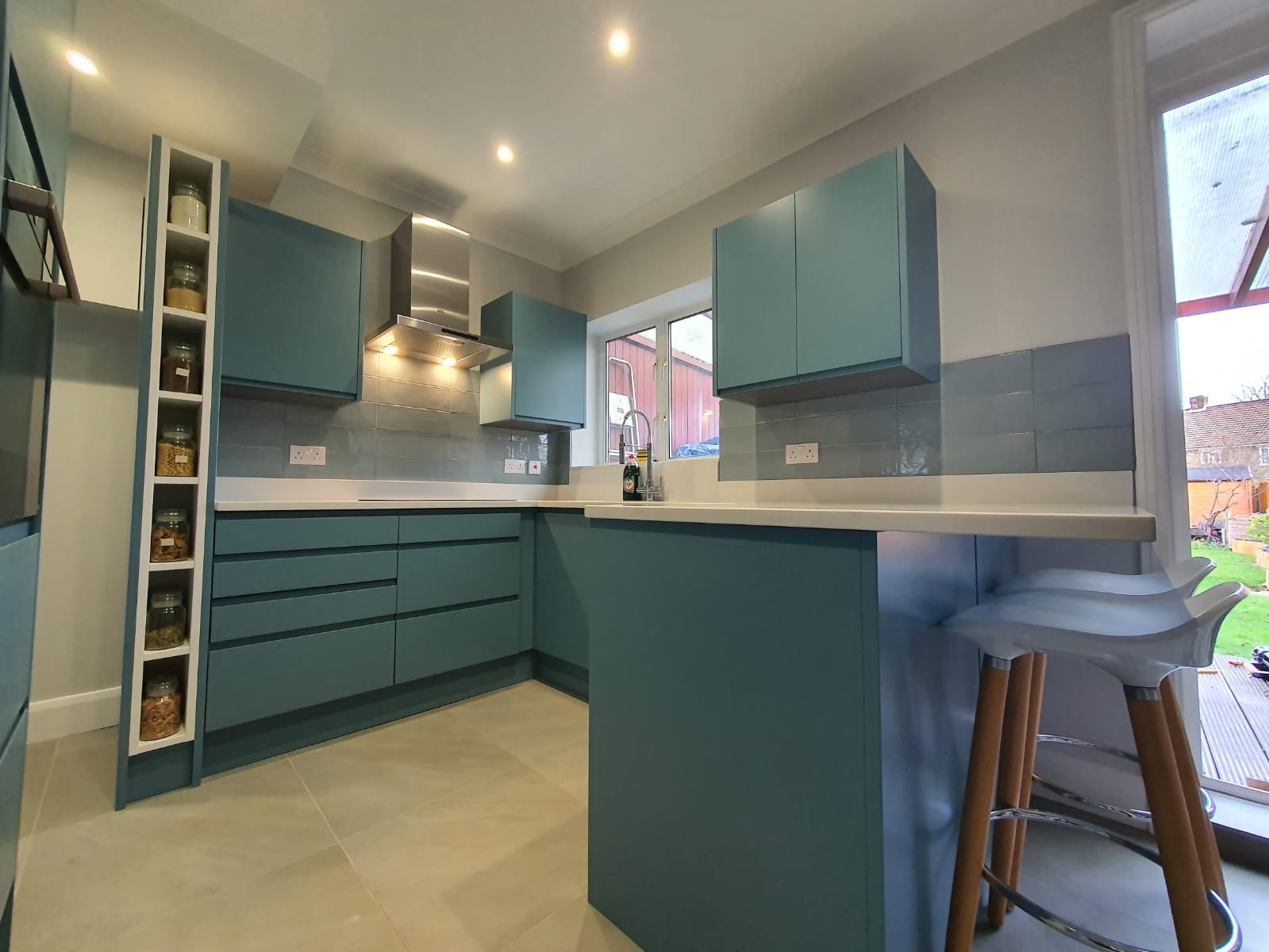 With over 30 years' experience in the home refurbishment industry, we provide one of the best property renovation services South East London has to offer. In short, we give our clients world class craftsmanship and professional service, at an affordable price and with a personal touch.